Create a digital citizenship platform in your city, school, university or company.

The CONSUL project is an open source platform designed for open, transparent and democratic citizen participation. It is used in over 200 cities, universities and companies worldwide.

Propose your ideas and get support to make them happen.

A secure system to organize voting both online and offline.

Structure your CONSUL instance multi-hierarchically according to your topics and subtopics.

With the budget you decide together with your citizens in which projects to invest.

Give your citizens an easy way to conveniently report deficiencies in the city.

Show your citizens which projects are planned for the future and mark them on a map.

Inform your citizens about upcoming events on a project-specific or global basis.

Use the possibilities of chat & video integrations to communicate even closer with citizens.

Give key people in the city the opportunity to position themselves on important projects.

Keep your citizens up to date with a project-related newsfeed.

Fully customizable design in the style of your city, school, university or business.

Configure and manage the content and settings for each CONSUL module.

More information about the Consul project

CONSUL is open source software released under the license of Affero GPL v3. This means that it is completely free to install, use and modify. Digital citizen participation can thus be carried out quite easily.

More information about the license

Data protection is a high good! In Germany in particular, there is a special focus on this. We meet these high requirements. We have further developed CONSUL so that the participation platform can be operated without hesitation in compliance with the General Data Protection Regulation (GDPR).

Get a picture of CONSUL for yourself and explore our numerous self-developed features and demos as well as the official demo from Madrid.

Try it out now!

CONSUL for schools
Try it out now!

All services can be booked separately. Make simply put together the right package for you. We will take care of the rest.

We install a fully functional CONSUL application for you. Depending on your requirements, in addition to a production environment, we also implement a staging server and configure the mail server as well as important SSL security certificates. Basic adjustments to the design such as the implementation of your logo, your colors or individual fonts are included in the price.

The out-of-the-box CONSUL instance is already very comprehensive. But which modules best fit your requirements? We help you with the initial setup of your CONSUL instance so that you can get more out of CONSUL. We also support you in configuring our own enhancements. In addition to the project-based setup you can also access a defect report, an event calendar, a project list and project-related features such as livestreams, chat, videocalls as well as "voices from the city".

We will gladly take over the ongoing support of your application after installation. In addition to installing CONSUL's own security and feature updates, we also keep your SSL security certificates up to date. Furthermore, you will benefit from our own CONSUL improvements, such as an updated language pack, an image upload for discussions, or additional social sharing options. To further support the open source idea, you additionally benefit from all extensions we have developed for other customers.

You decide whether you want to use your own server or use a cloud service provider. Should you decide cloud service provider, you can obtain it directly from us. obtain it directly from us. When dimensioning the server(s) you should pay attention to, to do justice to the site traffic. For smaller projects, an all-in-one server is usually sufficient, larger projects should use a setup with load balancer.

Our training courses are divided into two blocks of four hours each. In the first part, the basic functionalities of all CONSUL modules are demonstrated modules from the different user perspectives (user, admin, moderator). In the second and practical part of the training, we will get hands-on with your CONSUL instance. Together with the participants, the structure of your CONSUL instance will be adapted, initial content will be entered, and moderation functionalities will be learned.

In addition to CONSUL-specific training courses, we offer, together with our partner Felix Schmitt, , advanced training courses on various aspects related to the topic of citizen participation. Of course, the direct reference to CONSUL is not neglected here either. Angebot anzeigen

To provide your users with an even more positive user experience, we have added greater features, such as full text search with Elasticsearch or verification of your users via SMS or API, have been added to CONSUL. You can easily choose from our feature catalog and add individual features individually. Of course we adapt the existing features to your individual needs. We are also happy to keep you informed about newly developed features.

You know your users best and are therefore in the best position to assess which features your users expect. We program individual and customized features for you, which mean a real added value for your users. For us it does not matter if it is only a small adjustment in the presentation or complex or complex Ruby-on-Rails further developments.

Prices vary depending on the size of the city, school, university or company.

Customer satisfaction is our first priority. So far we have not lost a single customer. We are working meticulously to ensure that this will remain so in the future.

Our team consists of passionate democrats who see CONSUL as a necessary further development for our democracy.

Managing Director & Product Developer
Tobias studied political science at the Ludwig-Maximilian-University and is responsible for the product development.

Change Management Coach
Alex is a certified change management coach and specialist for change processes in cities, universities and companies.

Software Architect
Sasha is a software architect with more than 12 years of experience in Ruby-on-Rails applications. He is responsible for the system integration of our enhancements. 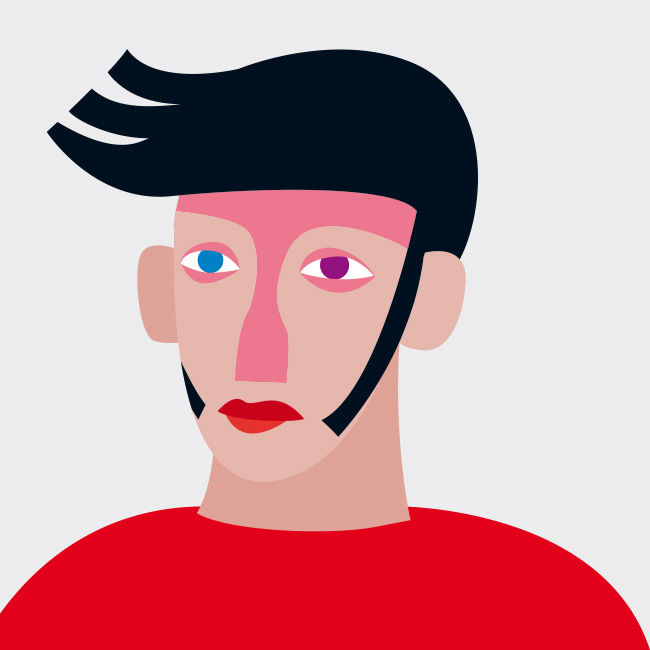 Whether you are interested in CONSUL in general or as an existing customer you have a question, please contact our helpdesk with your request. We are always there for you!

To make sure that no questions remain unanswered, we have compiled the most frequently asked questions here. If there is still something unclear, please do not hesitate to contact us.

For whom is CONSUL intended?

Each institution can freely adapt CONSUL to its requirements. Among the institutions that use CONSUL are cities, states, municipalities, NGOs, citizens' initiatives, etc. Citizens can also participate just as easily at different levels. Thanks to its powerful administration interface, small to large teams can easily manage complex participation processes.

What can CONSUL do?

With CONSUL, one can set up all participation procedures that are used worldwide. CONSUL can be easily customized to meet the needs and preferences of any institution. Some of the ways CONSUL already facilitates participation in existing projects are:

Where is CONSUL already used?

CONSUL is already used by millions of people in some of the world's major capitals such as Paris, Madrid, New York and Buenos Aires, as well as in many other regions of the world. 200 international and national institutions, as well as those at the country level are already using CONSUL. In Germany, CONSUL is now in use in several cities. Among others in Munich, Bamberg and Würzburg. In addition, several other cities, including Bochum and Passau, are considering using CONSUL for their purposes. But associations such as GermanZero e.V. as well as projects such as Olympia 12062020 are also using CONSUL.

What are the advantages of CONSUL compared to common participation mechanisms?

The digital participation platform CONSUL was launched to involve citizens more closely in politics and to reduce temporal and spatial barriers to citizen participation. As a result, the software offers greater reach for participation projects. Institutions can communicate with people faster and more comprehensively. Young people in particular are increasingly involved in politics. CONSUL also increases the transparency of political measures, as well as the legitimacy of votes by providing comprehensive information.

How much does CONSUL cost?

CONSUL is open source software released under the Affero GPL v3 license. This means that it is completely free to install, use and modify. No payment is required.

What technical requirements are needed?

CONSUL uses Ruby on Rails as the development framework. The data is stored in an open software PostgreSQL database. The application architecture is the classic three-tier model that can be scaled as needed. The platform includes a front-end for citizens and a back-end for internal management of proposals. It also allows integration with registries or census systems (to check if the person eligible to vote is registered, either through an API or by adding databases to the application). You can send notification SMS or emails from the system to registered people.

Yes, CONSUL is comprehensively mobile-optimized and can be used on a cell phone at any time. This leads to exciting possibilities such as for example, the use of QR codes to go directly to a proposal or vote.

Can CONSUL be used barrier-free?

Yes, CONSUL is designed for barrier-free navigation. There is an extra page in the application footer for this purpose, on which the required key combinations are shown.

Is it possible to verify the users through the registry of residents?

Yes, this is basically possible on three levels. Users can either be added manually to the local register or be imported via CSV. Of course, an API connection is also available and can be conveniently used.

Is there a summary map of the proposals that have been introduced?

By default, the Proposals module does not offer an overview map, but we have developed this feature for some customers. Just contact us about it.

Can non-registered users participate in proposals and voting?

Yes, CONSUL offers the possibility to involve people without access to the Internet in the processes. After a user verification by ID card, people can also participate in proposals and votes without a CONSUL account.